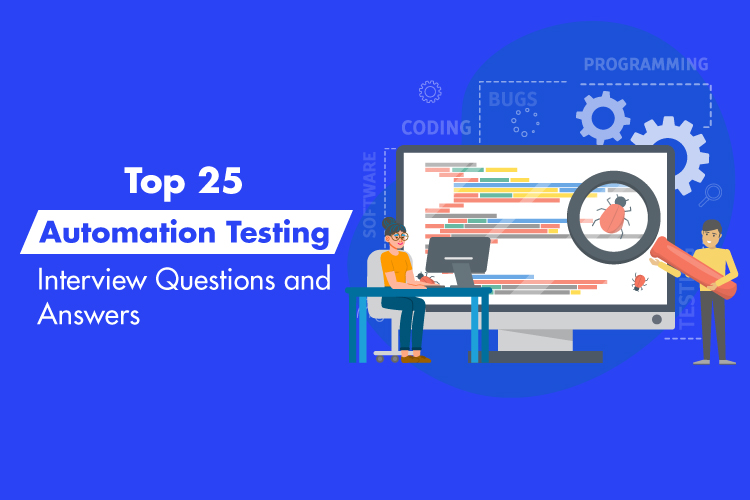 Every Organization must make sure the product deployed to customers must be defect-free. Quality must be checked then and there before customer delivery. All organizations are working only for their customer satisfaction to achieve 100% quality assurance. They knew very well that Once if they are out of quality, they are out in the business world.

So to ensure Quality Assurance, a concept called Testing was brought into practice. Let us explain the exact scenario in the testing environment. As the name means, Testing is checking all the developed products and contents by a tool or testing application. The Testing tool checks the entire software product finds any error and notifies it to the concerned developer. Until meeting 0 errors, it notifies the developer.

By this mechanism, a Defect-Free product is brought into existence. Management checks and validates the defect-free product well before delivering it to customers. They make sure their clients and customers use their efficient products with ease.

The above explained is the basic scenario of Testing carried out in IT. Usually, testing is carried out in many stages. One among its stages is Automation Testing.

Our NSCHOOL provides an effective Software Testing course with Hands-on-practice to students to gain more knowledge in the testing department equal to the professional tester. We provide below the necessary Automation Testing Interview Questions and Answers useful for both beginners and professionals.

Go through the below content to get start your Testing Knowledge.

Automation Testing is writing test cases and executing the scripts by using an Automation testing tool.

3. When Automation Testing is preferred?

Testers go for Automation Testing when they have the following cases,

But Normally, the decision to go for Automation is based on the ROI (Return on Investment)

4. When Automation Testing is not preferred?

We should not go for Automation Testing in the following cases

5. List out the steps involved in the Automation Testing process?

The following are the mandatory steps to be followed in Automation Testing.

6. List out the best features that the Automation Testing tool holds?

A good Automation Testing tool must possess the below features.

7. List out the framework types used in Automation Testing.

Some of the frameworks used in Automation Testing are as follows

8. On what factors does the success of Automation Testing depend?

The success of Automation testing depends upon the following factors.

9. Explain the disadvantages of Manual Testing?

Selenium is an open-source library for Test automation. We use Selenium to automate Web and Mobile applications and their related environments. This tool usually consists of 3 drivers. They are

VBScript is the scripting language used in QTP. This tool is used along with HP ALM (Test Management Tool) and HP LoadRunner (Performance Testing Tool).

Sikuli is an Automation testing tool that uses a unique “Visual Image Match” method to automate the graphical user interface(GUI). The web elements present in Sikuli should be considered as an image and must be stored well inside the project file.

In simple words, Sikuli is a visual approach that works with screenshots that helps in searching and automating a graphical user interface.

14. What does the Sikuli Tool contain?

Sikuli tool is actually comprised of the following 3 elements,

15.Mention some of the uses of Sikuli?

100% automation would be sometimes tough to achieve because there would be many edge test cases and some cases that are executed rarely. Automating these rarely executable test cases will not add good worth to the automated suite.

Moreover, Automation is only good for some portion of applications that are stable enough.

The above seen are the basic overview questions on Automation Testing that are useful for freshers. Now, let’s go through some queries that gain you more in-depth knowledge in Automation Testing. Professionals and Experienced testers find the below queries helpful and beneficial.

17. How do you finalize the tool to use further?

Concluding the appropriate tool to use for the project as per requirements needs a lot of vital brainstorming techniques and discussions within the internal team and Management.

18. After concluding the tool, what will be your next step?

After we finalizing the tool, our next automatic step would be to design the Framework.

19. Tell us about Framework?

A framework can be explained as the set of the structure of the whole automation suite. It also provides a series of guidelines, to be followed that results positively as a structure that is easy to maintain and upgrade further.

It provides perfect guidelines on Coding standards, Handling the test data and Maintaining its respective elements, Reporting the data, and Handling logs

Most of the popular automation testing tools are free and open source. But some paid tools also exist. Their names are QTP, Load Runner, Ranorex, RFT, and Rational Robot.

21. Can you run the testing tool without a Framework?

Yes, Tool could be run without a framework too. They are not mandatory but, if we create and follow frameworks, it would be easy to implement and complete the testing task.

22. Explain the structure of a Framework.

Some common elements of the framework are discussed below,

23. Explain about the Cucumber testing tool?

Cucumber is an open-source testing tool. It is suitable for web-based applications and supports languages like Ruby, Java, Scala, Groovy, etc. Cucumber is a behavior-driven tool since it reads executable specifications that are usually written in simple and plain text and then tests the application depending on those specifications.

Some demerits of Automation Testing include,

The 4 types of Testing frameworks are

MODULAR TESTING FRAMEWORK: The abstraction concept is introduced in this framework. Normally, The Tester creates scripts for each module of the application and tests individually, and later these scripts are merged in the hierarchical order to create many numbers of test cases.

Since the Abstraction concept is used, it creates an abstraction layer between the modules, such that any modifications in test scripts for one module do not affect any other modules. It provides greater scalability of test cases.

DATA-DRIVEN TESTING FRAMEWORK: Data-driven testing framework enables the input data and the expected output data to be stored in a file or database. The automated script now runs a similar set of test steps for eventually multiple sets of data. In simple words, By using this framework, we can run multiple test cases with only one input data difference and the rest of the steps of implementation are the same.

This framework normally reduces the number of test scripts to be executed. The same script is executed multiple times with different data.

It is termed as an application-independent testing framework. It specifically uses data tables and a set of self-explanatory keywords. Keywords suggest the testers the actions to be performed on the application. Same keywords can be used against multiple test cases multiple times.

HYBRID TESTING FRAMEWORK: As the name Hybrid suggests, it is the combination of above all 3 frameworks.

Here, the test cases are created from modular scripts by merging them into the modular testing framework. Every test case uses a driver script that normally uses a data file in the data-driven framework and also a keyword-based action file.