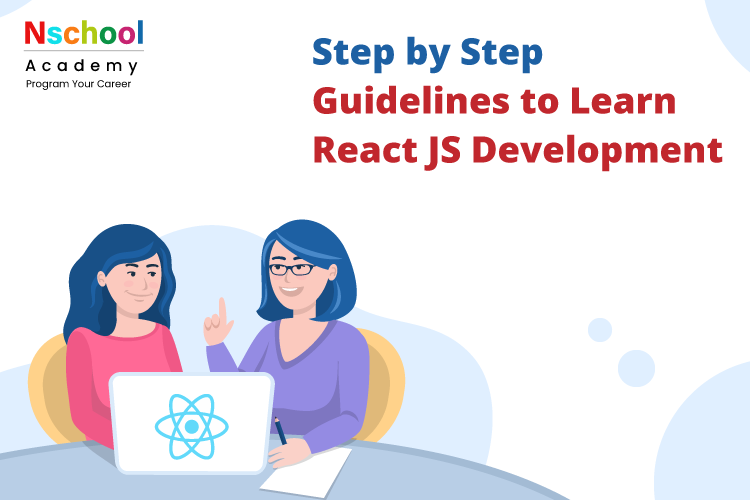 
Every front-end developer and web developer is familiar with the aggravating and unpleasant experience of having to write the same code many times in different locations. They need to write a significant amount of code every time they need to add a button on more than one page. Even when constructing components with often changing requirements, developers working with other frameworks have the issue of reworking the majority of the programs. The developers expressed a need for a framework or library that would enable them to simplify complicated components and repurpose existing scripts in order to finish their projects more quickly. This issue was addressed by React, and it was resolved.


The most widely used library is called React. It is quick and adaptable, and it also offers a large community that is always available to provide assistance whenever you need it. The fact that React is built on components is one of its most appealing features. Using React, developers can break down complicated code into more manageable individual sections, known as components, which in turn helps them better organise their code. As a result of the fact that many businesses are transitioning to React, the majority of beginning and expert developers are also improving their skills by learning how to use this framework.


Learning how to use this library is a challenging endeavour. You spend a lot of time watching tutorials and trying to find the finest material to learn in this library, but if you don’t know the best way to learn it or how to break it down into smaller steps, it may be quite intimidating. We are going to talk about a roadmap to get started with React, as well as the core criteria (a checklist), so that you may leap right into React. The best Reactjs course is able to enrich you with more knowledge.

1. A fundamental understanding of HTML, CSS, and JavaScript is required

2. Some of the ES6 capabilities of Javascript, including as
● Let and Constant
● Arrow Functions
● Class and ‘this’ keyword

3. The Basics of Node.js and Different Code Editors

For those who are just starting out, here is a brief introduction.

● The path of every front-end developer begins with the acquisition of these three items. These are the fundamental building blocks of frontend react web development, and they collectively collaborate to produce a web application or website that can perform all of its intended functions.

● Think of the human body as a website or online application.

● HTML may be thought of as the framework, or “skeleton,” of the body, which determines what components are supposed to go in which slots.

● The functionality is defined by JavaScript, which is the component of the “Brain” that communicates with all of the other sections and instructs them what to do


The current version of JavaScript is called ES6, and it comes with a wide variety of capabilities. You need to be familiar with Arrow Functions, Let and Const, Class, and the ‘this’ keyword before you can begin working with React web development.


Arrow Function: If you want to write the function syntax more quickly, you can use the arrow function instead. Your code will be cleaner and easier to understand as a result.


Let and Const: In place of the ‘var’ keyword, you will be using the ‘let’ and ‘const’ keywords instead. Both are unique in comparison to var, to put it another way…


The let statement is used to set up a local variable, which is only used in the block in which it is located.


The prefix “const” denotes a variable whose values are fixed and cannot be altered.


Classes and “this” keyword: In order to use ES6, you will need to get familiar with the fundamentals of object-oriented programming, such as classes, methods, and objects. It’s possible that you have some background knowledge of these ideas from studying other languages, such as C++ or Java. Read the ES6 | Classes article and watch the video lesson that goes with it to learn more about this topic.


When we speak about the ‘this’ keyword, we want to imply that it represents the object that is now being executed. Make sure that you clarify the idea behind the ‘this’ keyword, which is something that a lot of developers find to be extremely puzzling. Also, learn about the Call, Apply, and Bind methods, which are used to connect the “this” keyword to an object.


To be successful while working with ReactJS development, it is necessary to have a basic understanding of NodeJS Development. In basic English, NodeJS is an execution environment for javascript. There is a widespread misconception that it is a programming language, although this is not the case. Every web browser comes equipped with an in-built version of the JavaScript Engine. For instance, Chrome uses the V8 engine, whereas Mozilla Firefox relies on the SpiderMonkey engine. You are unable to conduct any activity that is not related to the browser, such as file operations, operating system activities, or network operations; hence, Node was created. You are able to do all of these actions outside of the browser thanks to Node. It incorporates the V8 engine that is found in chrome.


Now that you have likely gained some experience with Node.js, let’s talk about which aspects of Node you really need to understand in order to become proficient with React.


When you have completed the installation of the Node module in your project using NPM, you will need to utilise the ‘import’ keyword in order to make use of that module.

When you are developing a module or component and you need to return just a portion of it, rather than all of the associated methods and variables, you should use the export keyword


All of the aforementioned elements were necessary in order for ReactJS to function properly. Now that you’ve mastered everything mentioned above, it’s time to start working with React. First, get a solid grasp of React’s fundamental and Reactjs certification notion. Here, we’ll offer you a quick rundown.


Facebook created the Javascript library known as React in order to facilitate the creation of interactive user interfaces. It has a Component-based design, which indicates that you will partition the whole of the user interface (UI) into reusable components. These components are all created independently before being assembled and eventually displayed as part of a parent component. Listed below are some essential aspects of ReactJS web development that you should get familiar with.

● State: The term “state” refers to the storage of synchronous variables. If the value of a state variable is changed, all the locations where that specific variable is utilised are instantly updated.

● Props: are the same as arguments that are sent to a function or method. In React, input parameters for HTML tags are supplied as props (arguments).

● Discover how to use React applications to connect to APIs.


Since React often reuses only one abstract component, developers make it easier. A method of transferring data and states across components is part of React. State, props, and setState are simple to provide. React web development also handles resets and state management. As a consequence, you may partition your UI into several components that can easily preserve information and reuse state tree components. With React, you can easily construct large components and transmit states as props. The JavaScript ecosystem that Express and React form is quite powerful. Everything you need to know about how to start learning ReactJS Development is included inside this guide.


NSCHOOL Academy has been a pioneer in training and software development since 2008. It was founded in Coimbatore to assist students to progress in their careers. We now have over 2,000 students working as software engineers in the IT area. With the help of students and teachers, this is feasible. Our top students are hired directly by BYOT Technologies, our parent firm. Our IT training institute in Coimbatore shines with this method and effective placement training. NSCHOOL Academy is here to help you succeed as a developer. You dream it, we’ll make it happen.