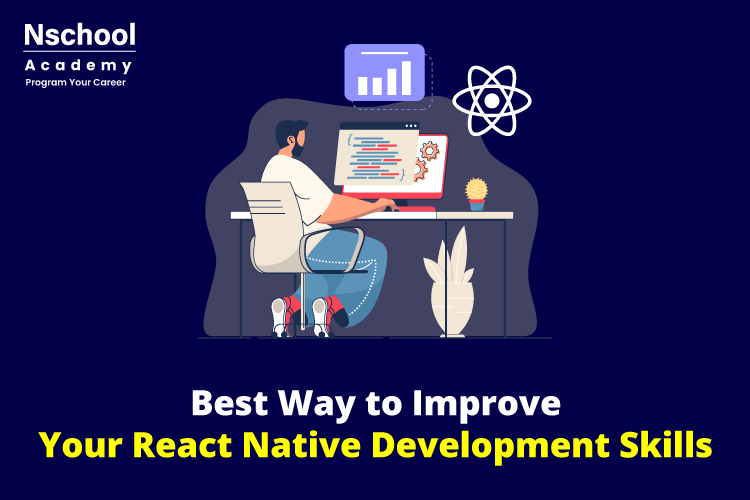 A well-liked framework for the building of mobile applications is called React Native. It has gained a lot of popularity due to the fact that a developer only has to construct the react native framework once, and after that, they can focus on making simple improvements like errors or problem fixes. In addition, there is no need to make any modifications to the code in order to switch from iOS to Android. Instead, just the “Device” variable has to be modified when working inside the Android or iOS emulator. The result is that both the firm and the developer end up saving time as a result.

Many well-known firms, like Microsoft, Facebook, Instagram, and Tesla, are using the framework known as React Native to build a wide variety of apps and websites. React Native app development is now one of the most popular frameworks available. It is an open source technology that was created by Facebook to enable the creation of native and multiplatform mobile apps from the same code base. These applications are built in JavaScript and React.

Who Is React Native Developer?

Building user interfaces (UIs) for various platforms requires the use of the React Native framework, which is what React Native Developers deal with. They are front-end developers who have a solid understanding of JavaScript, HTML, and CSS and are responsible for the construction of UI components.

What are the Roles and Responsibilities of a React Native Developer?

What exactly does it mean to be a React Native developer?

Simply said, they are responsible for the creation of UI components for mobile apps.

A react native developer, in its most basic form, has a strong combination of JavaScript and native platform expertise. They work on the frontend of the program, but in order to integrate it, they need to have knowledge of API services and cross-platform compatibility in addition to the infrastructure of the application.

The following are some technical viewpoints on the matter:

● Responsibilities of a React Native Developer Include the Design and Implementation of User Interface Components for JavaScript-based Web Applications and Mobile Applications.

● Participate in the operation of a very small team that consists of other react native developers, designers, quality assurance specialists, and managers.

● Construct the user interface and the application using prototypes and wireframes.

● Work with the local modules as needed and as appropriate.

● Create test scripts to check that your code is error-free and that it performs well.

● Enhance the performance of the front end by getting rid of any performance bottlenecks.

● Develop front-end modules with the highest possible level of code reusability and productivity.

● Create an outstanding user interface by using animations that are uncluttered and fluid.

● Collaborate with the APIs and dependencies provided by other parties.

● Improve the overall speed of the websites and mobile applications by working with the Redux architecture.

● Build applications within the allotted time and money by coordinating with the different functional teams.

● As a result of the growing popularity of the React Native framework, there has been an increased need for React Native developers. You may include below the abilities that are necessary for the position of react native developer if you want to employ someone for this position.

The following are the technical skills required of a React Native developer:

● Significant prior experience with Flux, Flow, Redux, and other similar techniques when working with the React web and mobile frameworks.

● Functional programming experience as well as in-depth understanding of front-end languages such as JavaScript, CSS, and HTML

● A comprehensive comprehension of the whole mobile application development lifecycle, beginning with the prototype stage

● Solid familiarity with web technologies such as JavaScript, HTML, and CSS

● Proficient in a wide range of applications and technologies related to React Native, including Jest, Enzyme, ESLint, and other similar programs and tools.

● A solid understanding of the methodologies, fundamentals, and processes involved in software development

● Capability to build and manage a continuous integration and delivery pipeline for React Native apps that runs smoothly.

● A comprehension of the design aesthetics and the most effective principles of React Native.

● A constructive frame of mind and an attitude of lifelong learning

● Maintain an up-to-date awareness of the latest React Native developments, technologies, and news.

● Capability to find solutions to problems and make contributions to libraries when required.

● A solid knowledge of contemporary front-end technologies and development pipelines is required.

● Attention to detail and problem-solving skills

● Skills in working well with others, communicating well, and collaborating

● Capability to produce code that is readable, well-documented, and that adheres to standard coding principles.

The intangible abilities that a React Native programmer need to possess

After gaining an understanding of the most essential technical abilities, the next step is to get familiar with the essential “soft skills” that a developer must possess in order to be an integrated professional.

Communication is a talent that has to be developed further and maintained in top-notch condition for anybody who wants to have a successful career in any field. Clear and precise communication is extremely important, so begin developing this skill as soon as possible and do not be afraid to hatch, zero shyness. Clear and precise communication skills are very important, whether it’s to effectively convey instructions to your coworkers or just to keep the rest of your colleagues cordial..

Having empathy for another person is being able to place oneself in their position, comprehending the challenges they face, and showing an interest in assisting them in resolving those challenges. The top software engineers will make an effort to comprehend their customers or coworkers since this will enable them to do their duties more effectively and finish the project more rapidly.

Building a website or an application takes time. Spending hundreds of hours in front of a computer doing the same work might need a significant degree of patience, which is one of the most essential “soft skills” for any professional.

React Native developers have to be knowledgeable in their industry in addition to having a genuine interest in it. In addition to that, they should have some experience using modern tools and technologies. To ensure they are always up to date, developers should participate in both online and real groups as well as in react native courses.

In addition, firms want to employ developers that have previous expertise or certification. This is due to the fact that, in contrast to new developers, they do not need extra training. As a result, this results in significant cost savings for the organisation. In addition, applicants with experience or DAAC certification are more likely to have both hard and soft skills, making them a more valuable asset to the organisation.

NSCHOOL Academy has been a pioneer in training and software development since 2008. It was founded in Coimbatore to assist students to progress in their careers. We now have over 2,000 students working as software engineers in the IT area. With the help of students and teachers, this is feasible. Our top students are hired directly by BYOT Technologies, our parent firm. Our IT training institute in Coimbatore shines with this method and effective placement training. NSCHOOL Academy is here to help you succeed as a developer. You dream it, we’ll make it happen.