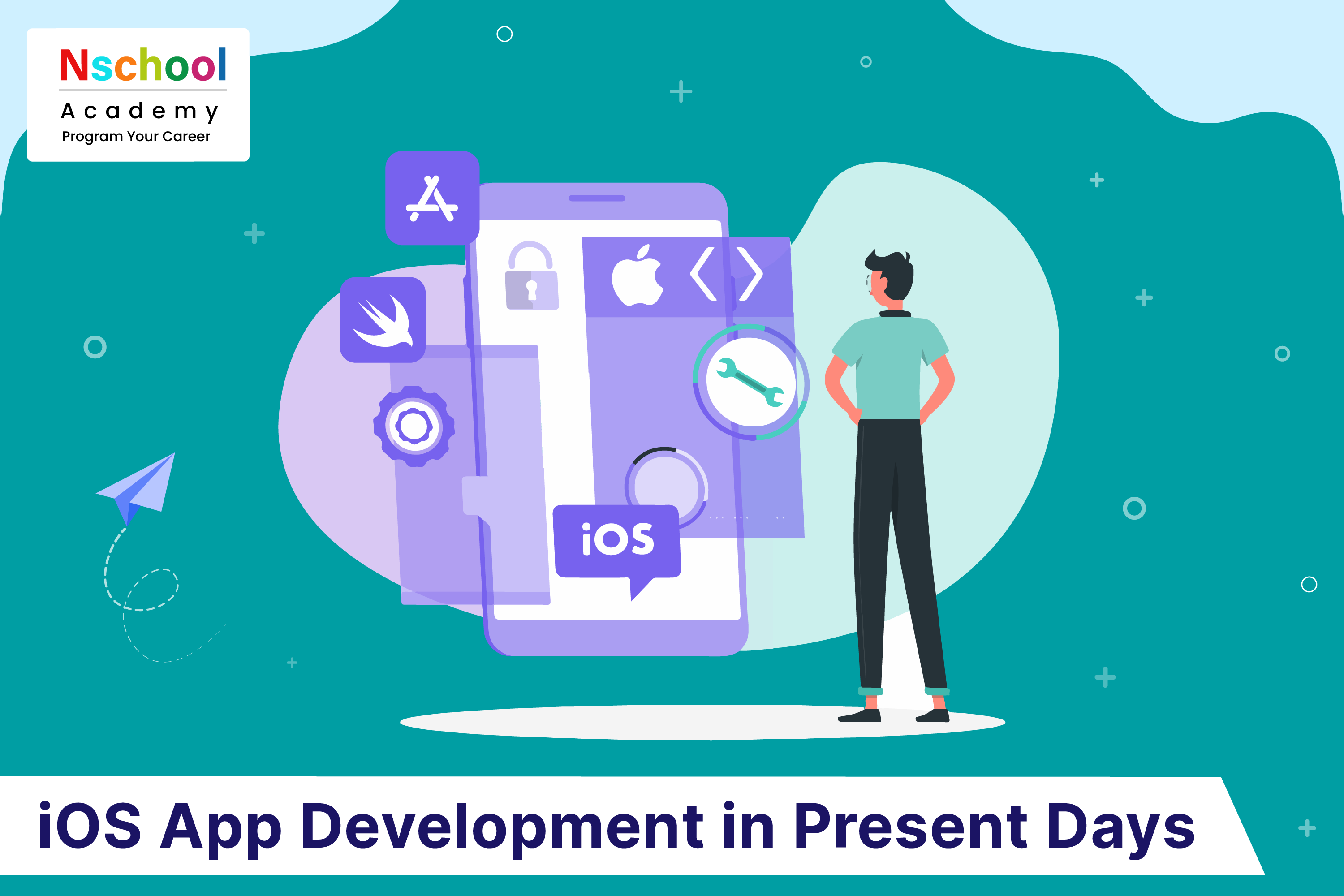 
Technology never ceases to amaze you with its continuous innovation. Rapid technology improvements have caused major changes in mobile app development over time, with the emergence of iOS and related technologies acting as a stimulus. Things that started with basic factors are now being taken to the next level of application and utility with groundbreaking software and data engineering based on cutting-edge technologies like augmented reality, virtual reality, machine learning, and artificial intelligence.

The Importance of iOS App Development

The process of developing mobile applications for Apple’s operating system, iOS, is known as iOS app development. This covers iPhones, iPads, Mac laptops, and iPod Touches, among other iOS devices. iOS is an excellent platform for organisations seeking to develop creative, streamlined, and protected mobile apps. Mobile applications have become vital for contemporary organisations, with over 2.7 billion smartphone users worldwide. As a result, a reputable iPhone app development firm should devote significant resources to creating and delivering a mobile application that will increase the organisation’s visibility. Businesses can also hire iPhone app developers to keep customers coming back, boost sales, and use a useful marketing tool to get better results.

Smartphones are useful for a variety of research tasks in contemporary companies. As a result, small and large enterprises are continually looking for mobile app development firms. Industry leaders hire the best companies that make mobile apps to help with branding, direct marketing, and make it easier for customers to talk to each other.

In the future, machine learning will undoubtedly govern the iOS app industry. The rationale is obvious: programs are more user-friendly, secure, and dependable. With only a few lines of code (LOC), the core ML enables fast app performance with machine learning models that give the app its own unique traits. It helps in Iphone App Development.

Personalization and customization will be easier with a new version of Core ML for iOS devices. Some of the features could be object recognition in photos, video language analysis, sound categorization, and others.

iOS devices have also entered the realms of augmented and virtual reality. ARKit 5 is an AR-optimised framework that enables face tracking with the ultra-wide camera on the iPad Pro. The combination of AR and VR improves the user experience; for example, IKEA offers an app that allows customers to use augmented reality and visualise objects in their actual locations on their smartphones. Its primary use is to display virtual images in real environments.

It is a significant contribution to the photographic, jewellery, and garment industries. Augmented Reality and Virtual Reality represent some of the most impressive advancements in iOS app development. Adding an augmented reality function to a program enhances its probability of being used. ARkit is seen as the next big thing. Many organisations have already started to use AR and VR. It is also enhanced in the iOS App Development Course.

This function is widely used in mobile app development since it enables mobile applications to comprehend user behaviour and suggest relevant information. In addition, Apple has included Core Machine Learning (Core ML), which is optimised to increase the performance of several model types. Apple’s hardware uses AI and reduces energy consumption and memory utilisation. AI has drastically altered our use of mobile devices in recent years and will continue to do so in the future. It all started with voice assistants on mobile devices that mimic human speech.

Apple’s Siri and Amazon’s Alexa are two such examples. They respond to inquiries and carry out basic instructions. AI is becoming an integral part of our daily lives. Facebook and Netflix use these algorithms to figure out how their users act and show them the best content based on their connections.

Customer service will function as an incredible way of making consumers feel valued. By using chatbots for client connection and engagement, companies may expect to advance in the marketplace by resolving questions as they occur. Chatbots help to recreate natural language conversations with users. Siri’s ability to understand what people are saying and looking for has changed Artificial Intelligence (AI) and contextual learning in a big way.

Swift is at the top of the list, which is Apple’s primary programming language. It is a language comparable to JavaScript or Python. It’s just plain code that you use to create variables and write functions. Swift is just a few years old, and it utilises almost every possible cutting-edge language feature.

On the one hand, this implies that you can avoid all of the crusty old behaviours seen in earlier languages such as C++ and Java. It also means that it has a lot of complicated functions that you might not understand at first. This is highly used in Iphone App Development.

● You don’t have to develop complicated code to keep everything in sync if you modify data on one screen of your app.

● SwiftUI works on all Apple platforms, so you can use code from iOS to build apps for macOS or watchOS.

● The Digital Crown is a device-specific feature, but the great bulk of what you learn will function on any device.

● Yes, UIKit is more popular today, but SwiftUI will overtake UIKit by the time you’ve learned it in 6, 9, or even 12 months.

● The world’s biggest corporations, including Apple, use SwiftUI.

Skills that iOS Developers should Focus in Present Days

Every year, Apple’s supporters anticipate something that will amaze them even more. Therefore, acquiring advanced abilities and growing one’s expertise in iOS programming is essential for an iOS developer. Here are some crucial skills that will help iOS Developers in the development of an iOS app.

Understanding the App Architecture of iOS app development can assist you in determining when and how to divide your app’s functionality into separate components and how to organise these components. So, learning more about app architecture will help you write code that works in both a SwiftUI process and a UIKit process. This is useful and will help you with your iOS development project.

Using Swift along with UIKit

Swift is the programming language developed by Apple exclusively for app development. This language will be used for all future iOS development.

As an iOS developer, you should ensure that you understand how to include SwiftUI into a UIKit application if you encounter difficulties while utilising SwiftUI alone. If you know how to do this, you can use the SwiftUI features to speed up your iOS app development process. This is because developing UI with SwiftUI is much faster than with UIKit.

To succeed in the competitive world of iOS app development, one should pay attention to the trends that are mentioned above.

Remember that patterns undergo continuous shifting, and the likelihood of changes stays high. Following the current trends is advised to ensure a high-performing, secure, resilient, and trustworthy application for your organisation.

NSCHOOL Academy has been a pioneer in training and software development since 2008. It was founded in Coimbatore to assist students to progress in their careers. We now have over 2,000 students working as software engineers in the IT area. With the help of students and teachers, this is feasible. Our top students are hired directly by BYOT Technologies, our parent firm. Our IT training institute in Coimbatore shines with this method and effective placement training. NSCHOOL Academy is here to help you succeed as a developer. You dream it, we’ll make it happen.